For those charged with driving under the influence (DUI) or driving while intoxicated (DWI) in Virginia, fines, court costs, probation, loss of driving privileges, ignition interlock installation, and incarceration are just some of the legal penalties that may result from a conviction. Personal ramifications include hindered or lost employment and educational opportunities and the social stigma of a criminal record. To try and avoid or minimize the impact of an alcohol-related conviction, contact a Virginia DUI lawyer who possesses the skill and experience needed to help you fight your charge.

We have represented numerous individuals charged with DUI, DWI, and other alcohol- and drug-related offenses in Northern Virginia. Our experience and extensive training allow us to offer strong defense services to his clients. En Español. 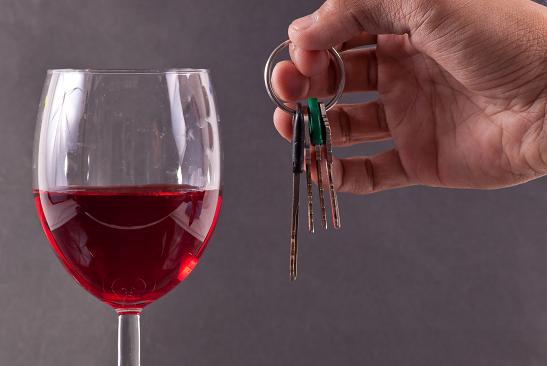 Unfortunately, many people do not understand their legal rights when it comes to DUI. Many DUI arrests are the result of a routine traffic stop for a minor violation (read more about DUI stops and reasonable articulable suspicion). In other cases, the person charged with a DUI might not have been driving, but still able to operate the car. If you are pulled over in Northern Virginia, you do not have to answer questions about your whereabouts or activities preceding the stop. You also are not required to submit to any field sobriety tests, which officers may ask you to perform. Provide the police with your identification and insurance information, but do not say anything that may incriminate you or prompt the officer to follow up with a DUI investigation.

Driving Under the Influence of Marijuana in VA

Additionally, Virginia is unlike its neighboring jurisdictions of Maryland and DC in that marijuana has not been decriminalized. That means a person caught driving under the influence of pot may face additional charges for marijuana possession. Someone who is driving while under impaired from legal prescribed drugs may still face charges.

Because of the Commonwealth’s implied consent laws, all driver’s are deemed to have consented to taking a breath or blood test if a police officer stops you on suspicion of drunk driving. However, if an officer asks you to take a preliminary breath test (PBT), you do have the right to refusal, though you will likely incur administrative penalties against your driver’s license.

Penalties for Intoxicated Driving in Virginia

DUI convictions can result in severe penalties that increase with each subsequent conviction. Penalties are determined by how many prior DUI convictions have been sustained within the past 10 years or within the past five years if the extremely high blood alcohol content (BAC) levels were detected and a minor was in the vehicle at the time of the offense. DUI penalties are defined in Section 18.2-270 of the state criminal code and include the attendance of a DUI class.

Additionally, having an arrest record means that not only is it available to the public, it can also have the potential to affect the rest of your life. This includes applying for jobs or other positions where having a conviction or an arrest is contingent upon whether or not you will be hired. After an arrest, someone facing DUI charges might very well end up in jail. There are mandatory minimum sentences that will be imposed depending on the conviction and their BAC levels.

If a person is convicted of DUI in Virginia, they may face the following:

DUI While on Probation

Having a DUI charge while on probation can affect your probation status as well, either before or after the case is resolved. It is important that someone facing an additional charge understand how this could affect their probation or parole status, and retain the appropriate representation.

DUI with a Minor in the Vehicle

Can result in an additional five-day mandatory, minimum sentence and a fine ranging from $500 to $1,000.

Conviction will result in the seizure of the driver’s vehicle, which will be forfeited.

Additional penalties for some of DUI convictions can include, but are not necessarily limited to:

When you get in touch with an experienced and knowledgeable NoVa attorney, they can guide you through the process of getting charged with driving under the influence. They can explain to you how certain factors, like seeking medical attention after an arrest, can seriously impact your case.

The outcome was even better than anticipated

Patrick was direct and to the point. He let me know step by step what was needed to get take care of my case and to his word, followed through on it all. The outcome was even better than anticipated. I would definitely use him and the firm again and cant recommend highly enough.